Ormond Ball 2015 will be forever known as the Hindenburg Disaster of a Ball. There are so many rumours flying around it’s hard to tell what is true and what isn’t. Honestly, I have no idea what the truth is and what is just an exciting story. So this is an eyewitness account. I was so excited to go to Ormond Ball! I was imagining something akin to the Yuletide Ball! Instead when we turned the corner into the event I realised it was in a parking lot. Which, I told myself, is awesome! And it was! It felt like I was going to a secret rave. It was 9:00 and everyone was smashed. Girls were falling down everywhere, guys were carrying each other and everybody looked like they were trying to walk on a boat during a storm. I headed to the bar and the first thing I hear is some guy complaining that ‘there isn’t a vegan option!’

Then there was the dance floor. Which was fun, in a kind of “holy shit! Someone might fall on me and my brains will splatter across the concrete floor” sort of way. During the one hour I was there I saw at least ten people vomiting into barf bags, which the medics started running out of. The medics were certainly very, very busy. Everyone was having an amazing time! I was just getting into the swing of it when the lights turned on. When I asked the bartender what was happening he said we had been shut down because of drugs. Full disclosure: I have no idea what is just a rumour and what is fact.

We were then swiftly kicked out by security with threats of the police. Later I learned that technically it was shut down because of a noise complaint. But really… there were 5 police cars. Why do you need 5 police cars to deal with a noise complaint! On top of that, it was rumoured that a few people OD’d and a girl apparently cracked her skull, which has been proven to be false. In fact, she just fell down the ramp and her teeth punctured her lip leading to spectacular bloodworks! The real chaos started when three hundred people all tried to get their coats at once. People were trampled, pushed, shoved and made to wait forever. The police were pulled up around the venue, as if they were going to round up the most wanted or go on a drug bust… which I guess it was. Or was it? The next day Ormond was covered in graffiti saying ‘Ormond Ball Sucks!’ The Ball coordinators have since given everyone 50% of their ticket price back.

All I can say is that Ormond Ball was the most exciting and the weirdest party I have ever been to. Thank you Ormond, for an absolutely amazing night! 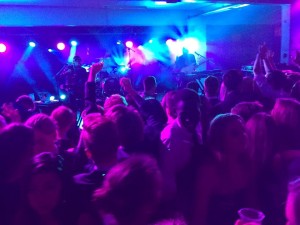 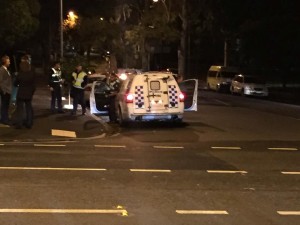 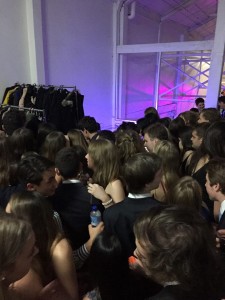 Inspired by an article on “Fixing Broken People:” I’m tired of being your project; Just because sometimes I cry when people aren’t around, Or…