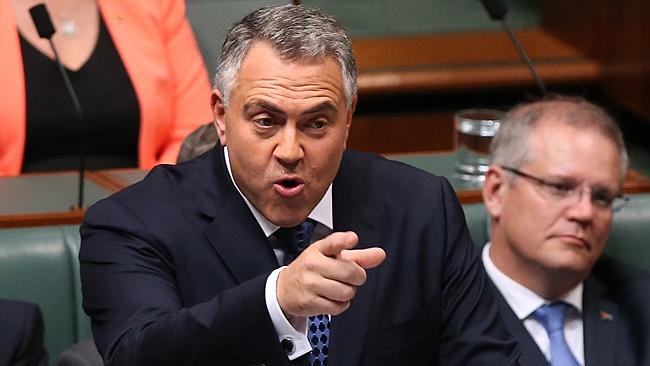 Commerce kids, get excited! This week, I’m talking about the budget!

This is the Abbott government’s second budget. The first one (the one that proposed to introduce $100,000 degrees for local students and cut uni funding) will be remembered as the time Australians rallied against a strong neo-liberal agenda. Without Senate support, many of the key features of the previous budget weren’t implemented, and the perceived unfairness almost cost Tony Abbott his job. So, this budget was widely expected to be much nicer and friendlier for the general population.

In an interesting twist, Joe Hockey (treasurer and once touted to be the next Prime Minister before the disaster that was the last budget) was largely sidelined in the pre-budget spruiking. Instead, Scott Morrison (new social services – read welfare – minister of “stop the boats” and “I can’t comment on operational matters” fame) has been doing much of the announcement of the fun stuff, like more money for childcare, while Hockey was left to announce not so fun stuff, like the cuts to maternity leave. In an amusing moment, Hockey, in an interview on morning television, was unable to answer questions about the budget because Morrison hadn’t announced it yet.

The two major policies in this budget were lower taxes for small business and increased government funding for child care. Both of these appeal to the standard Liberal voter (the Liberal ideal human being) – small business owning parents who are working hard to contribute to the economy and therefore deserve a break. Neither of these measure will affect any of us too much (unless there are some small-business-owning parents living at IH that I haven’t met yet…). Somewhat contradictory, however, the budget deficit is almost 3 times larger this year than was predicted last year, particularly when so much of the focus of this government has been getting the budget “back in the black”. This is largely because of the senate refusing to pass budget savings (while happily passing spending) and because a budget that cuts the amount of funding needed to get back to surplus would probably cause widespread anger, and cost the prime minister and treasurer their jobs.

Well, first of all, online purchases from overseas are about to get more expensive, with the government imposing taxes on these purchases to bring them in line with Australian-produced items (sorry guys, this includes Netflix). Furthermore, there are several measures that are likely to affect (primarily Australian) students in the next few years. First are changes to the dole. Instead of having to wait 6 months for the dole (as was proposed – and voted down – in last year’s budget), young people will have to wait 4 weeks. So if you are planning on finding yourself without a job, make sure you have 4 weeks worth of rent and food money saved up. Secondly, the government has changed the rules so that you can no longer avoid paying off your HECS by moving overseas. The last change will only affect overseas students: people on working holiday visas will no longer qualify for the $18000 tax free threshold, so you’ll get less money, and the government will get more.

Many of the features from the last budget that have yet to get through the senate are still potentially in play, including some of the welfare changes that will hit the poorest hardest. Perhaps most notably for us, Christopher Pyne (education minister and provider of amazing facial expressions) has promised to get the cuts to funding through no matter what. Lastly, Victoria lost out big time. Not only are there continued cuts to health and education from last year’s budget, the government is trying to get the state government to give back the money from the now defunct East-West link, and refusing to put money into anything except what most people could agree was a very badly planned (regardless of how good the concept is) road. As of this year, Victoria’s proportion of the infrastructure funding is less than half our proportion of the population. Some people are saying that this is a federal government punishing a state for electing a Labor government. Who knows?

All signs point to Equality

Are street crossings the next vessel for addressing gender equality?   March 7th, 2017 marked the beginning of the campaign for “Equal Crossings”. This…