Advertising and the women’s movement has come a long way since the 1950s.

Since then, women have ceased to be viewed as a man’s property and personal house-elf. Women started to be considered for equal pay, the first Rape Crisis Centres in Australia were established in Sydney and Melbourne and the Sex Discrimination Act was passed (to name a few achievements). So all of these changes mean that women should be taken seriously, right? Obviously not. We still need women to sell products!

Why on earth does Ultra Tune need to use two, leather-clad women to sell tires? What is the purpose? They don’t look like they would be very useful in helping you change tires.

Don’t forget the hysterical woman! She can’t remember to use keys! They are just too difficult and complicated for her poor, frail brain! That’s why she needs to use her finger to punch the numbers into the keypad. But wait! How can a woman remember a series of numbers! 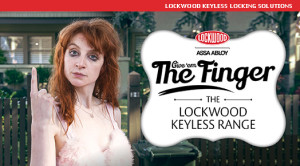 And who can forget PETA? The People for the Ethical Treatment of Animals. Although the ethical treatment of women definitely does not fall into their jurisdiction! What does their complete objectification of women have to do with animal welfare? It’s just a lame excuse to sexualise and degrade women!

It just shows you how far behind we still are in treating women like human beings instead of sexualised objects.

For the last few months I have been invested in Oaktree’s End Poverty campaign. Oaktree is Australia’s largest youth run not for profit and…