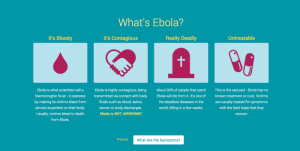 As a politics student (and, let’s be honest, a bit of an enthusiast) I have watch to development of the situation in West Africa with growing anger and disgust. At last count, over 4000 people in West Africa have died because of Ebola, a nasty haemorrhagic fever that is highly contagious (although only through bodily fluids) and highly effective (estimates range from 50%-90% of infected people die, usually within 21 days). It kills you by causing massive organ failure. It’s horrible. But it’s also containable, as long as infected people are not brought into contact with others. And yet, in the face of the large scale health and humanitarian disaster, it seems that powerful, wealthy governments are worried about is keep Ebola out of their countries.

An academic school that argues that colonialism didn’t end when Europe moved its physical forces out of the colonies. Colonialism continues, except now it doesn’t rely on physical domination, but rather ideas and social constructs. Think about how our media portrays the Middle East. The men are violent and the women are cowed. Think about the most dominate portrayals of Africa. Children with empty begging bowls anyone? And what about Asia? Dirty, crowded, and only in existence for the service of demanding Australian bogans who decide they want to go there, get drunk, take drugs and go surfing?* My point is the Western Media, politicians, movies and other mediums through which ideas are created and contested condition Westerners to think that they are better than everyone else, and conditions everyone else to think that they will never be as good as Westerners.

There is only one reason that postcolonialism is possible. It’s the invention of the state. These arbitrary lines on a map that artificially divides the world’s people into us and the rest. It is an in-group, out-group system that divides every single human being into their worth, based on where they were born, or the country on their passport. If you are in our in-group (ie, part of our country), then you matter. If not, then frankly we don’t care (This is also not my personal opinion – in fact, I believe the opposite –  but this, unfortunately is how the system works).

So how does this work in practice.   Well, 4000 people die from a horrible disease in West Africa. The western world largely ignores the matter. Two, possibly three, people manage to get Ebola in the USA, and suddenly there is mass Western panic. The spending of millions of dollars, pounds, euros and any other currency you can think of to “protect our borders” and prevent Ebola coming to us! We didn’t care when thousands of people were dying in Africa, but when one American gets sick, suddenly it’s all over the news. What does that say about the value of African lives verses Anglo lives?

Post-colonialism is alive and well, particularly in Australia. Health Minister Peter Dutton argued that we can’t send people to help in Africa because we can’t guarantee their health care if they get Ebola. What about all the people in Liberia, Sierra Leone and Guinea who can’t get health care because we are too selfish to provide the money, equipment and expertise? Oh, right, I forgot, we don’t care about them.

I have one message for the West: shame on us all!

This beautiful, beautiful cafe can be found just off the Yarra river, on Church st in Richmond. To work up an appetite, jump on…