However you say it Café International’s Festival of the World truly encompassed all the many regions of this planet. From Oceania’s Hula dancers to the balmy British promenades to our very own Australian folk and blues cultural centres Café really showcased not only our world’s cultures – but our fellow IHers’ brilliant talents.

The night begun with some sizzling hula hips from Hawaii as our grass-skirted lei adorned dancers took to the stage.

If that was too hot to Handel next on the stage was a performance of Mozart. I couldn’t Liszt all the reasons why this performance was amazing. By the end I wanted to call for an encore so the performers would come Bach.

However, not to disappoint, was a beautiful rendition of the Malaysian song kau ilhamku. The performance was part of the festival of Eid al-Fitr which marks the end of Ramadan. It was a truly wonderful performance!

From the tropics to the freezing isles of Britain where a charming performance on the promenade captured the audience’s attention. The magnificent violin- piano duet brought to life the festivals on the English shores in their recital of salute de amore.

Café then journeyed from England to her colony, Australia, to bring us a spectacular insight into the best of the Folk and Jazz festival!

Oh la la! Now we venture to the très fancy world of the Cannes film festival. Filled with glamour, celebrities and some very talented performers this section of the world brought to life the song ‘Come what may’ from the 2001 film ‘Moulin Rouge!’. A very intimate and lovely performance from Heather and Alwin should be congratulated by all!

Back in time and a far away from Baz Luhrmann we travelled to Woodstock where a young Paul Simon and Art Garfunkel (Jonathan and Matt with Zac) gave a spectacular performance of one of their greatest hits – The Boxer.

Lastly we ventured to the freezing north of the Montreal Jazz festival as all the performers bathed in a well-deserved applause.

Again Congratulation to all who performed (including the gracious hosts Lou and Michael) and a special shout out to all of those involved in making this magical night come to life. Hopefully we raised a significant amount of money for both International House and the World Wildlife Fund. 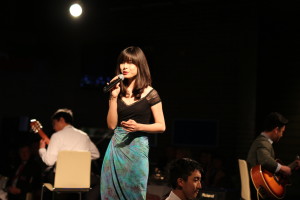 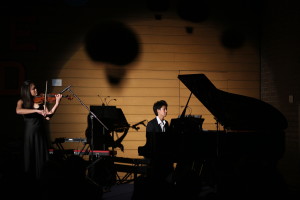 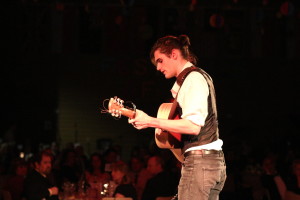 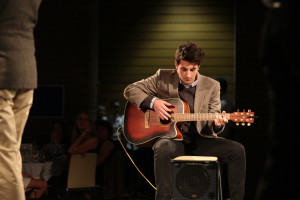 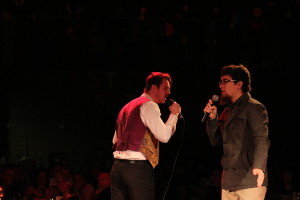 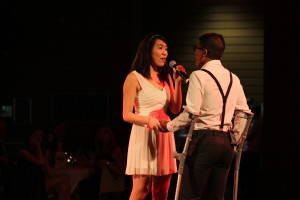 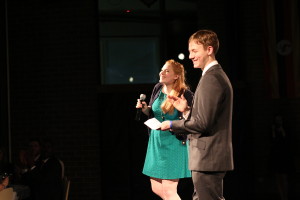 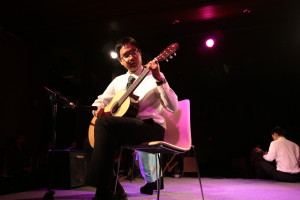 “She may contain the urge to run away, but hold her down with soggy cloths and breezeblocks”. You’ve probably all heard these iconic lines…