I would firstly like to dedicate this piece to Luke Gebbie, who has made a bet saying that I will continue to mention and bring up The Book of Mormon for at least the next two weeks – he’s not wrong, and I’m fairly certain he’s already won.

Six years ago, Trey Parker & Matt Stone, the creators of South Park, collaborated with Robert Lopez, half of the duo that would go on to compose the soundtrack of Frozen, and created a musical entitled The Book of Mormon. Find more information here. What resulted, was something incredible – a phenomenal and clever show, filled with so much nuance and wit, consequent show stopping musical numbers, laugh out loud moments, and an incredibly light hearted yet moving story, which has since scored nine Tony wins, and created a whole new history in its own right.

Fast forwarding to 2017, in an incredibly quick turn around from the Broadway stage, this amazing musical has graced Melbourne’s very own Princess Theatre, and is playing till the end of June in what is to be a once in a lifetime, unmissable run. Whether you have devoted some time to researching this musical, or whether you are hearing about it for the first time, I cannot recommend enough that you view this incredible masterpiece.

The musical tells the story of two young Mormon missionaries, who are sent to Uganda to teach the people of Africa about Mormonism, only to be shocked by their brutal and poor lifestyles. Through this, the boys learn more about their own religious and personal faith, and are able to show the village just how far your faith and actions can go. The set up sounds sweet and innocent, almost like a feel good flick for the whole family to enjoy. But the show is far from that – add in a few not so discretely innuendo laden musical sequences, maggots and frogs in the most inconvenient places, a whole f**king lot of f**ks thrown in here and there, and spooky skeletons dressed in Starbucks cups – the show is a whole new ball game, and truly nothing like you’ve seen before.

As hilarious, awkward, and scandalous as the show is, it is truly one of the most humane and revolutionary acts, that has come from the stage in recent years. As the show oozes with political incorrectness and blunt satire, the heart of the show bursts with exuberance and passion. Stone, Parker, and Lopez’s dream of creating a musical which celebrates everyday people, shines through every belted note, every ensemble’s member’s insane energy, every smooth and intricate set change, every movement in the ridiculously glorious camp choreography, and heart warming chemistry between every character. The Book of Mormon connects with any and every audience in a way that is so special and rare, and ultimately underlines just how the arts can change the world.

At the end of the show, I found it literally impossible to wipe off the huge grin I had on my face, as what I had just seen was a most joyous and one of a kind celebration of faith and unity, as well as music and storytelling of all forms. It’s works of art like this that have led me to where I am today, and that have lead people to continue exploring the world, making the best of every situation, and creating art through their journeys. As vulgar, raucous, and cynical as the show is, it is truly a masterpiece, and something that must be seen and loved. It has brought joy to so many, and has become something truly special in the most unique sense. To quote one of the show’s most pivotal songs, ‘you cannot just believe part-way, you have to believe in it all’. So believe me when I say, this show will change your life, if not just make your day, week or year. It’s already changed the world forever, and definitely for the better.

‘The only latter day that matters is tomorrow

The skies are clearing and the sun’s coming out

Put your worries and your sorrows and your cares away

Cause tomorrow is a doper, phatter, latter day’ 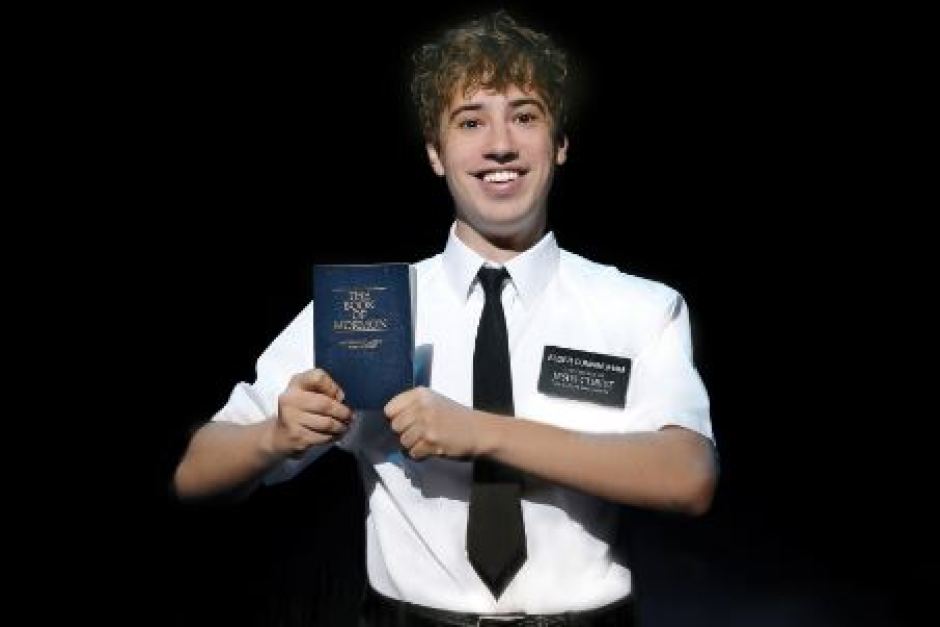